„bö“ – that’s a gust of wind that sets everything in motion, letting you experience how the world around you begins to whirl and fly while time stands still for a short moment.

„elabö“, that is acrobatics and theatre inviting you to be amazed and laugh – it is us, Anne and Mitja. 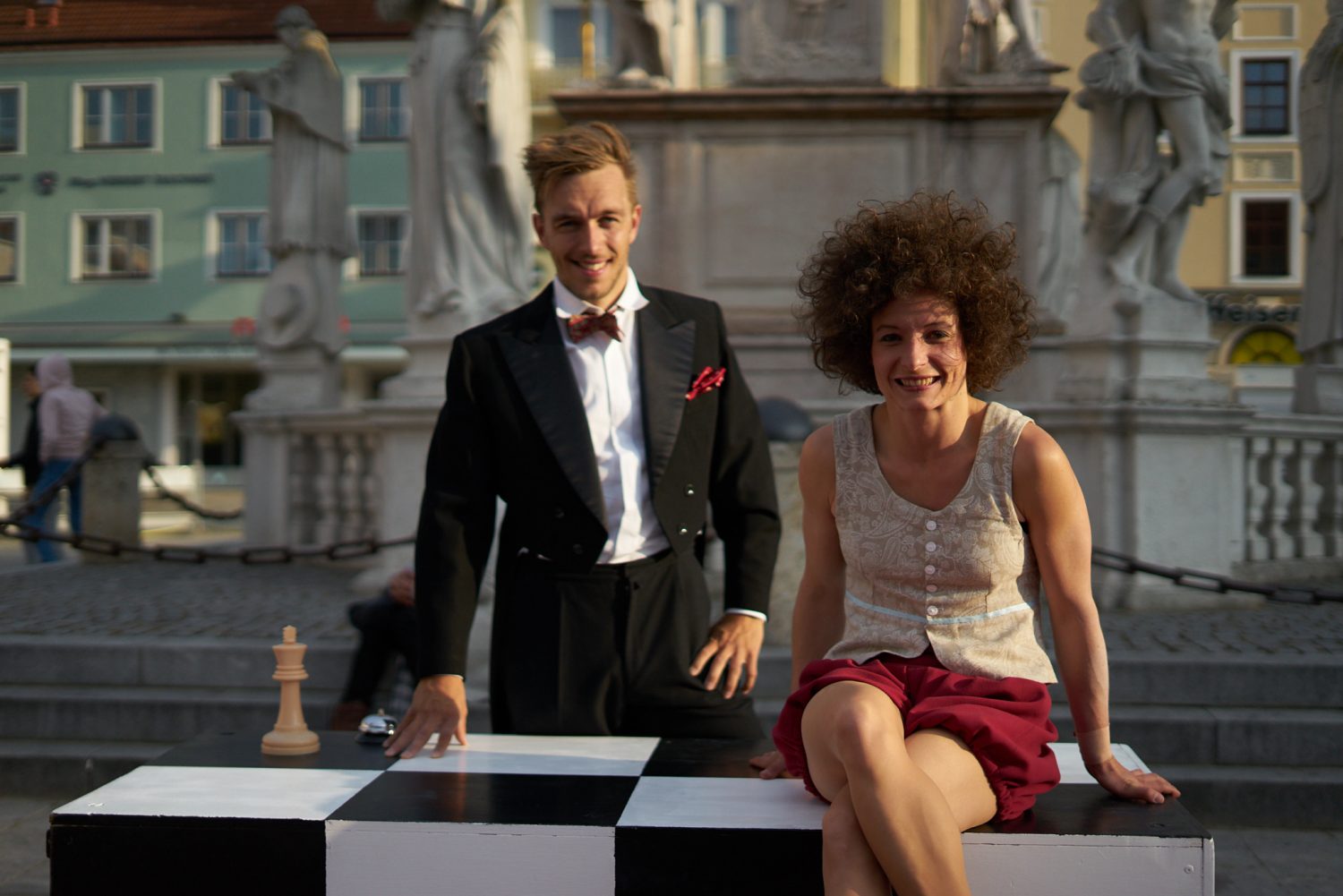 In 2012 we started to train and work together. A year later, we moved to Spain to study together at the CAU Circus and Theater School in Granada, Spain (2013-2015).

Since the summer of 2015, we first perform under the name „Anne & Mitja“ and later as „elabö“ at various national and international festivals and events.